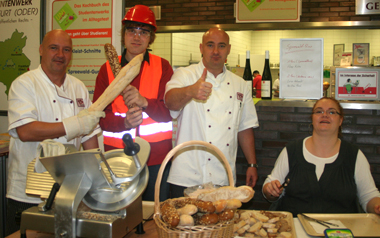 The Studentenwerk subjects its cookbook to the everyday test in the Goethestrasse cafeteria in Eberswalde. The two Frankfurt chefs Jörg Engels and Cristian Moldt prepare three main courses and two desserts based on the recipes in the book. This campaign is accompanied by free gastronomic and tourist gifts.

The managing director of the Studentenwerk, Dr. Ulrike Hartmann and the AStA advisor for social affairs, Pauline Vorjohann, sign an agreement to pay a welcome gift for newborn children of students at the European University in the amount of 100 euros. Half of the payment is made by the Studentenwerk Frankfurt (Oder) and the AStA of the Viadrina. 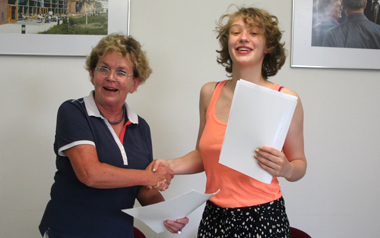 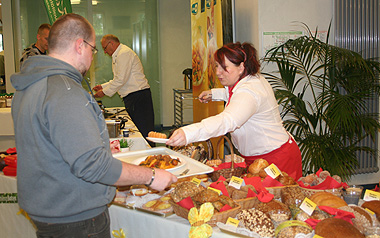 Around 20 manufacturers and dealers take part in the company presentation in the canteen of the Lausitz University of Applied Sciences in Cottbus-Sachsendorf and provide competent information on the quality and origin of the food used in the catering facilities of the Studentenwerk.

In the “Fair brings more” competition organized by the Volksbanken Raiffeisenbanken in Brandenburg, the “Anne Frank” daycare center of the Studentenwerk took second place in the “Kindergarten” category. This recognizes their daily commitment to acceptance and tolerance. 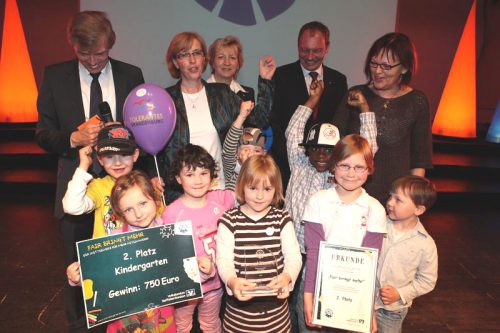 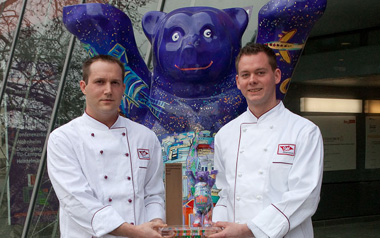 The team from the Studentenwerk Frankfurt (Oder) in Berlin, consisting of chef Pierre Sauer and trainee Fabian Bock, took 3rd place at the Kochuniversiade of the Studentenwerk with their 3-course menu of beetroot soup, gratinated chicken breast and Markendorfer marzipan apple. Prior to this, Fabian Bock had already won the 14th regional youth championships for the hospitality professions of the Eastern Brandenburg Chamber District on March 2, 2010 in Eberswalde.

The publication “Studieren mit Kind” appears. The joint project of the East German student union was developed by the student union Frankfurt (Oder) and sees itself as an encouragement for the compatibility of study and child. 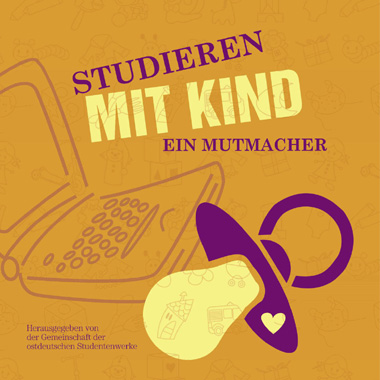 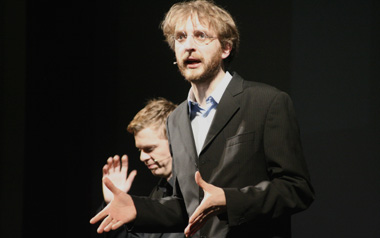 The 15th nationwide cabaret meeting of Studiosi takes place in Cottbus. 26 groups or soloists can be experienced on three stages over four days.

The Studentenwerk Frankfurt (Oder) organizes the DSW conference “Culture” and welcomes over 40 guests from the German Studentenwerk in Cottbus. 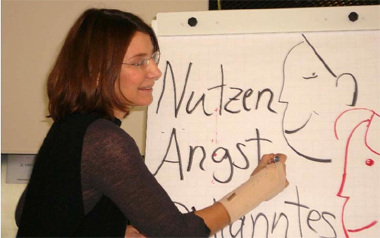